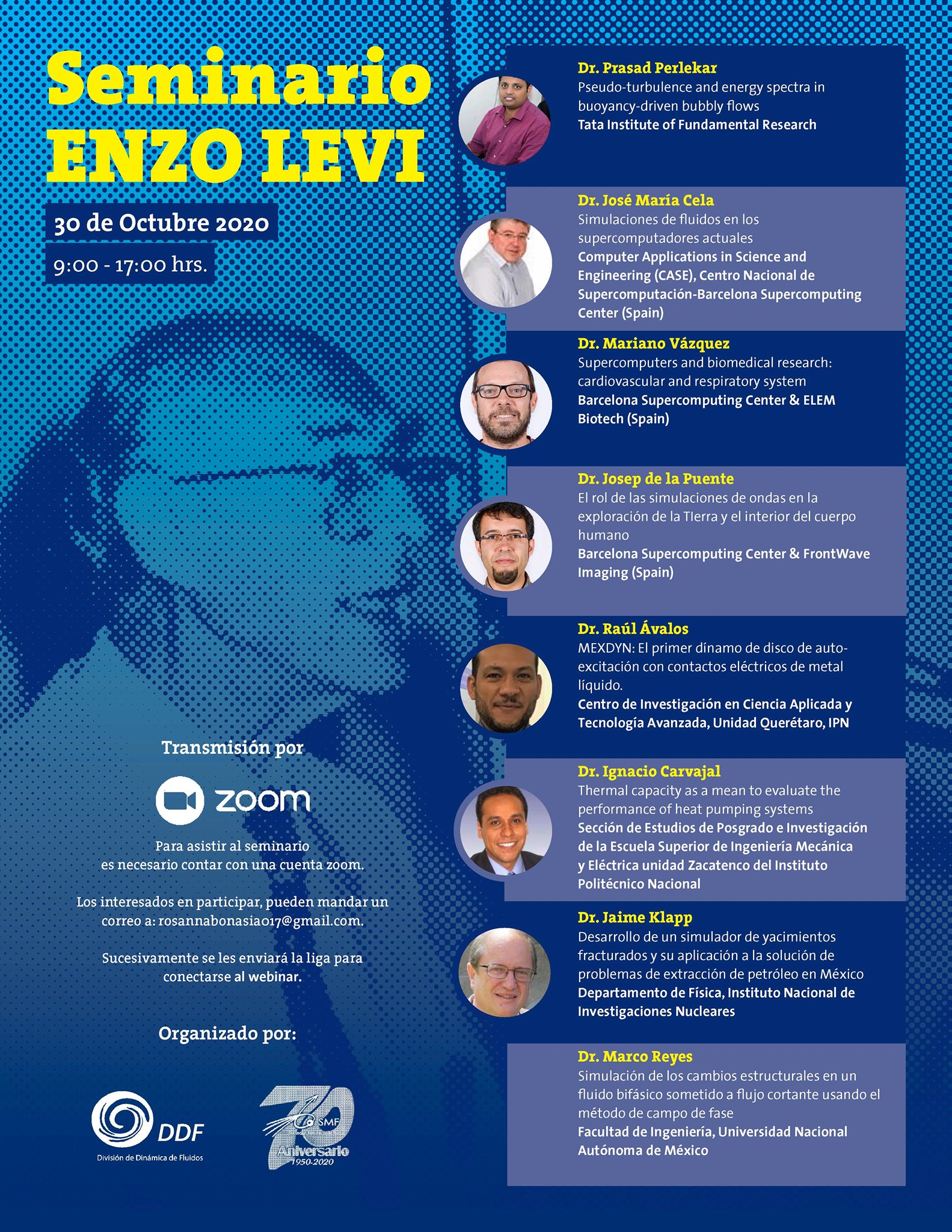 What is the Enzo Levi Seminar?

On October 30th, 2020, the Fluid Dynamics Division of the Mexican Physical Society, in collaboration with the UNAM’s School of Engineering and the School of Science, held its traditional seminar in honor of Professor Enzo Levi.

Prof. Enzo Levi was a preeminent scientist, who made key contributions to the field of hydraulics by employing refined theoretical techniques to solve problems emerging in large man-made structures, such as reservoirs, dams, spillways, water supply systems, etc. In 1957 he was co-founder of the UNAM’s School of Engineering, where he conducted his theoretical and experimental research until the year 1987. Prof. Levi was a highly decorated researcher and teacher but, above all, he was rightly regarded as a genuine humanist by friends and colleagues alike.

Today, the Mexican scientific community commemorates his legacy through the Enzo Levi Seminar. Its purpose is to convey a view of recent developments in the field of thermal and fluid sciences to a broad audience. For this reason, in addition to those enthusiasts interested in scientific and technological novelties, the regular attendees include students, faculty, and representatives from the industry.

In order to fulfill the objective of the Seminar, the organizing committee strives to gather prominent scientists and engineers from around the world to lecture on specific topics of their choice. This year’s event focused on the state-of-the-art technologies applied in the energy sector. Since the emphasis was placed on renewable energies, the European invited speakers discussed the role of High Performance Computing (HPC) techniques in the development of such applications. In particular, researchers from the Barcelona Supercomputing Center (Spain) and from the Instituto de Investigaciones Nucleares (Mexico) talked about the work they carry out within the framework of the ENERXICO project.

The seminar was closed by Dr. Rosanna Bonasia, current president of the Fluid Dynamics Division of the SMF, who thanked the participants and informed them that this year’s edition of the Enzo Levi Seminar had been quite successful. The number of attendees was higher than the year before, with around 70 persons directly connected to the webinars, with an additional 200 persons watching the video streaming through the DDF’s Facebook channel.